7 Oddly Fantastic Roofs and Where to Find Them 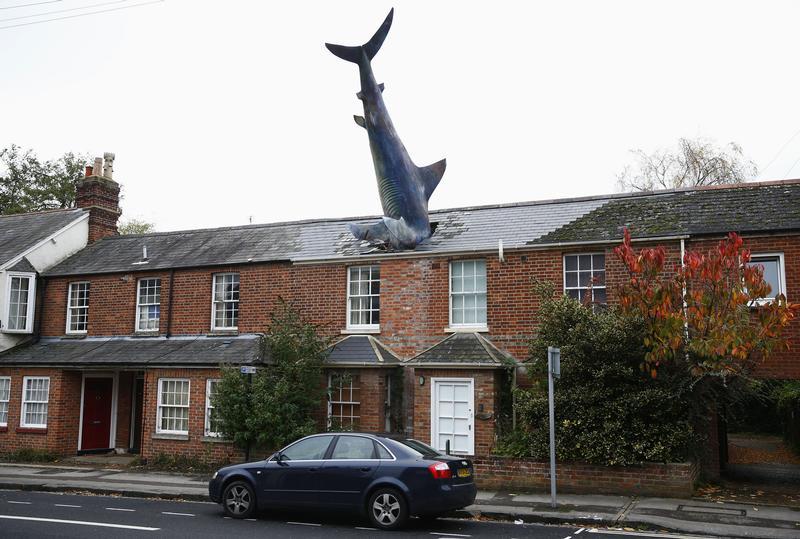 With new technology and creative designers on the uprise, we are bound to find some interesting and oddly fantastic roofs. The architecture industry is building some innovative and quirky roofs. These 7 in peculiar stood out as some of the most interesting roofing wonders.

The Eden Project, The Core, UK

The Eden Project in Cornwall, UK is a set of innovative buildings created on the site of an old clay mine crater. The Core is the main building that holds exhibits and information about the biomes that surround it. Solar panels on the roof are used to power the facility, and the spiked roof allows for more sunlight to filter in the rooms below. The biomes hold the world’s largest rainforest in captivity and also hold a Mediterranean biome.

The Upside Down House, Poland

Although this may look like a prank, it is an installation by Polish philanthropist and designer Daniel Czapiewsk. He made the house to remind visitors of the backwardness of the world. Visitors wait hours to walk through the upside down rooms filled with furniture that is on the ceiling. The house is also used as a museum of carpentry and is a reminder of the socialism in the 70’s found in Poland.

Yes, this is a real house. No, it’s not a real shark. This home in Oxford, UK has had this 24-foot shark sticking out of it’s roof for almost 30 years now. The owner installed this shark on the 41st anniversary of the bombing of Nagasaki as a political statement. The shark was the subject of some controversy when the local government ordered it to be taken down on the grounds of the sculpture being unstable and against building guidelines. After the refusal of the owner to take down the shark the order was moved to the decision of the minister of The Department of Environment who allowed it to stay pending the roofs structural safety. The shark and the roof surrounding have been renovated several times due to wear and tear

This technical high school needed lots of room, high ceilings, and natural lighting that does not make the classrooms hot. Sod on the roof blocks out the sun’s heat while the openings allow natural sunlight to filter through to the classrooms. The architects from the firm Archi5 did an amazing job using space to make the building both beautiful and useful.

This local classic Swedish restaurant in Sister Bay, Wisconsin serves up delicious traditional meals with a great atmosphere.However, there are goats on the roof.Al Johnson has a few goats hang out on the grass-topped roof of his restaurant. You can check on their goat cam to see if you can spot any of the friendly herbivores eating the roof. They don’t come out in the winter, but you should be able to see some from spring to summer.

The Stair House was made custom by the Y + M Design Office for a Japanese family who had some specific things they wanted out of their living space. The family of four wanted a warm and bright area that would protect their privacy while providing a large area for people to gather. The solution was to make a home that had stadium seating on the roof that would allow for gathering on the surface while the light could spill through the slits to give natural lighting to the home. Privacy was gained by making a wall on the side of the home that faced the street.

The Farming Kindergarten is a school where they teach over 500 kindergarteners how to farm in hopes that they will be able to live sustainably. The roof of the school is used as a garden to teach children how to grow and harvest plants and respect nature.

Cloud Roofing offers free inspections and quotes on all of our roofing services. If you think your roof may require repair or replacement, reach out to us today!
 Free Quote
 (210) 366-9484

How To Clean A Roof Safely
Tips For Installing Christmas Lights On The Roof
How Long Does It Take To Replace A Roof?
Why Do Commercial Buildings Have Flat Roofs?
How To Repair A Hole In A Metal Roof
What Is The Best Commercial Roofing Material?